God is on her Advisory Board 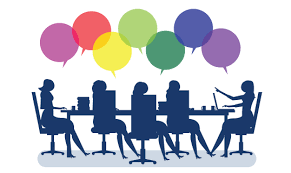 At times there is a need for divine intervention. This was one of those times. We business people, aka her volunteer advisors, are all sitting in the small conference room. The office has stunning paintings and fine art attached to the walls. Other than that, it is a dowdy and fairly unremarkable office space.

She is in her sixties and always looks like the perfect business women. Patricia is dressed to the nines and short. Well known in the community, a respected icon for entrepreneurial women. She is a successful business owner. Patricia begins to tell us about her other company.

Yes, there is another company in every sense of the word; for the past 10 years, this company has never made money. In fact since inception, it has never made money. The company employed her only two sons. Juicy. This is the company that clearly has captured Patricia’s heart and ego. It is the company for her of possibility just not profitability. The company in which the other more profitable sister company always helped because it was profitable. That is until this year.

This year was the year that the always had been profitable company was not. It had its own problems and the red ink was flowing…crisis time. “Not so fast”, Patricia cried. She was confident, this CEO was. There were plans in the air and schemes to be hatched. There is always an angle to be played around Patricia. She thought that she could pull it all off – though clearly she was stressed. Her complaint was being up at night and not sleeping. This was the first time in her career that had happened.

The four advisors huddled around the conference table hearing the story of the disaster. Another advisor was on the conference line. We heard the story of personal savings already spent; bank credit lines nonexistent. It got clear that the unprofitable company had to go. “Sell it, mothball it, but you cannot continue to lose money at this rate”, we implored.

In my best southern accent, I drawled …”you know Patricia your house is on fire”. I continued, “do you know that Patricia? Because you are not acting like your house is on fire. Nor are you acting like you could lose both companies. You could lose the whole shebang…no kidding.” Patricia responded that she did know about the fire and her house. No one at the table for a second bought it.

Then spirit descended and embraced our African American thirty year old advisor. The young energetic marketing coach said “hey Patricia, have you ever been in a burning house?” Patricia said that she had watched some homes burn but never been in one.

“Well I have been in a burning house” the advisor said slowly, dramatically savoring the moment. “It is a funny thing, one part of me wanted to get out but there was the dog in the basement. The dog that was in the middle of the worst of the flames. Around me the firemen were yelling, screaming and telling me to get out. I kept moving towards the dog in the basement that was in the worst of the fire. Patricia, we are the firemen telling you to get out. Leave the dog. Those firemen saved my life, the dog did not make it. My husband is glad for it, my kids are glad for it and we have a new dog”, the advisor concluded.

At the conclusion, Patricia made promises regarding getting out of the chronically unprofitable company. It sounded good but with Patricia, you just never know. She, as many entrepreneurs, has an addiction to drama and being on the edge.

A miracle transpires. On Monday, Patricia calls me. She is altered. Her voice is different. She tells me of all the things she was doing and how she is actively transforming her situation. She really is, I thought. I was surprised at all the progress being made.

Then she said…”you know Bruce I am a very religious person. I asked God on Friday after our meeting to send me a sign of what to do. On Saturday, I am cooking dinner – there was meat in the oven which I turned off. The pasta water is on the stove and I am by the refrigerator. Unbeknownst to me. I had left the stove on with the gas just leaking out. I hear something, turn around to see fire. The stove catches fire. There is a whoosh and the flames are going up the walls for the ceiling. The house could go up. There is real smoke”.

“I move fast. Turn the stove off and get the flames under control. You know Bruce I could have died. I know that it was a sign from God. I was being sent a message and I am listening to the Lord and heeding his message”.

“I am mothballing the company and we are moving on. There are meetings going on with the staff and we are in action”.

There is silence now on the phone. We both just breathe. I feel peaceful and mildly euphoric. Patricia got it. She is moving on – one company will survive and can go on to thrive. The other one died killed at the hand of our Lord who truly does work in mysterious ways.